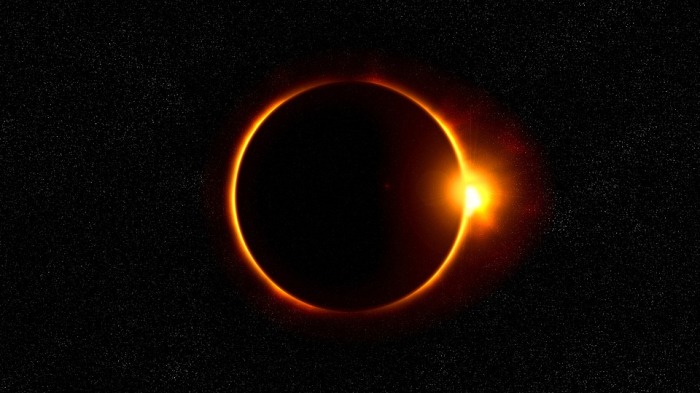 This morning, the sun rose above a disillusioned and demoralized America; a nation divided. After almost two decades of war, a rapidly changing social landscape, and the deep wounds inflicted on the body politic during the last election cycle, Americans are desperate for a distraction from the darkness enveloping the spirit of the nation.

As the Great American Eclipse of 2017 approaches, millions of people from across the nation are making long pilgrimages to small destinations from Oregon to South Carolina just to witness this total eclipse of the sun.

To be sure, it is a rare event, but the enormous amount of  media hype and subsequent public obsession still seem a bit excessive. I think there may be something a bit deeper driving the public’s eclipse frenzy than just the spectacle in the skies above America today.

America is a nation in the midst of unprecedented social and political upheaval. She is a nation battered by war, weary of Washington politics, and divided by an utter breakdown in public discourse. The American people are desperate for a distraction from the doom and gloom of the manufactured mainstream news cycle clogging their social media feeds. In a time when our world is increasingly manufactured in this digital age, it’s no wonder people far and wide are flocking to see The Great American Eclipse.

The eclipse is real.

The Great American Eclipse is an event people can experience in reality as opposed to the manufactured matrix of the online universe in which our culture increasingly resides. It’s a chance to be part of something more visceral than just a social media feed.

Ancient people viewed such celestial events as signs, warnings, and omens of things to come. Indeed, many today believe such events serve such a purpose. Though I’ve seen a lot of talk online recently about the eclipse signaling ‘Doomsday’, ‘The Apocalypse’, and even the complete destruction of America, I prefer to take a more positive view.

During The Great American Eclipse, the nation will be briefly covered by darkness. Yet, after that darkness, the light will shine on the land once again. Call me optimistic, but maybe that’s the message the eclipse is sending us. The light will ultimately drive out the darkness, and we need not give up hope. As the nation gathers today, eagerly awaiting the darkness to divide the light, perhaps what they’re really waiting for is a sign that light will indeed emerge from the darkness that surrounds her.

Melissa Dykes of Truthstream Media thinks it’s strange that millions are making quasi-pilgrimages to be in the path of totality of The Great American Eclipse of 2017.

Coast-to-coast on Aug 21, NASA will cover the total solar eclipse from the ground, air, space and more: https://t.co/zMhGru5eZ2 #Eclipse2017 pic.twitter.com/mIh2uBR2lP

When should you look for the #eclipse2017 today? Click your location on our interactive map to find out: https://t.co/zytDow9xrO pic.twitter.com/GgEqtT8fdw

Today's eclipse in the US is expected to be the most watched event of its kind in history. More 👉 https://t.co/vaYHSMu1AO #Eclipse2017 pic.twitter.com/Rvurj5CXDV

There's never been a better #MondayMotivaton on offer than a chance to observe the
Death Star #Eclipse the sun today.#Eclipse2017 pic.twitter.com/XVEgzwIYGe