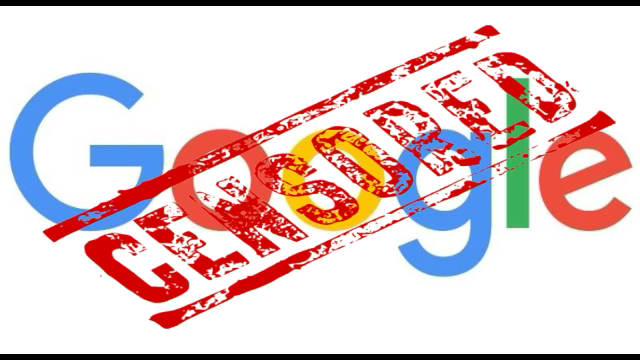 Google has fired the engineer who authored an internal  memo on Google’s politically correct “ideological echo chamber”. In the memo, James Damore postulated that “Differences in distributions of traits between men and women may in part explain why we don’t have 50% representation of women in tech and leadership.”

Enter the social justice mob, torches and pitchforks in hand, demanding the thought-criminal be fired.

Honestly, if no one is fired over this – Google should just admit their commitment to women is window dressing.

You know what? I read that document, and a flowery letter isn't going to cut it. The guy either gets fired, or Google is complicit. https://t.co/qT1NNOBzKI

There are many people at Google who share this guy's views. They do peer performance reviews and interview people. They discriminate.

To no one’s surprise, Google has happily capitulated.

Far from being the hateful screed SJWs would have you believe, James Damore’s full memo was in reality thoughtful, well-sourced, and presented totally reasonable arguments. But, within the confines of Google’s “politically-correct monoculture”, evidentiary data and rational conclusions drawn from such data mean nothing. Take this excerpt from a memo Google’s new VP of Diversity, Integrity, and Governance, Danielle Brown wrote to staff in response to Damore’s already infamous “anti-diversity” memo and surrounding controversy.

Many of you have read an internal document shared by someone in our engineering organization, expressing views on the natural abilities and characteristics of different genders, as well as whether one can speak freely of these things at Google. And like many of you, I found that it advanced incorrect assumptions about gender. I’m not going to link to it here as it’s not a viewpoint that I or this company endorses, promotes or encourages.

“And like many of you, I found that it advanced incorrect assumptions about gender.” In other words, “I disagree, therefore it’s not true”. And furthermore, I won’t even let you see the information for yourselves, because “it’s not a viewpoint that I or this company endorses, promotes or encourages”. What a stunning display of arrogance, not to mention a total disregard for the ideological autonomy of Google’s employees.

Danielle Brown’s counter-memo has clearly not been well received online as she has reportedly locked her Twitter account due to alleged harrassment.

The things James Damore wrote about biological differences between the genders are neither assumptions nor are they incorrect. Everything he presents is backed by enormous amoutns of scientific research and study regarding the biological and psychological differences between males and females. Men are more assertive, women more agreeable. Men thrive on competition, women are more cooperative. Men are more thing-oriented, women more people-oriented. These inate differences will likely manifest in ways such as different interests, abilities, and career choices; ” I’m simply stating that the distribution of preferences and abilities of men and women differ in part due to biological causes and that these differences may explain why we don’t see equal representation of women in tech and leadership.”

Damore’s memo presented scientific evidence that the lack of women in tech and leadership roles is likely due to biology far more than bias, petitions Google to confront their own biases, and even offers numerous suggestions on reducing the gender gap in the tech industry. He states numerous caveats to his statements throughout the piece (perhaps in an effort to cushion the reality blow for any potential delicate snowflake readers) and goes out of his way to  say he’s not criticizing diversity, only diversity being forced for the sole sake of diversity.

I hope it’s clear that I’m not saying that diversity is bad, that Google or society is 100% fair, that we shouldn’t try to correct for existing biases, or that minorities have the same experience of those in the majority. My larger point is that we have an intolerance for ideas and evidence that don’t fit a certain ideology. ​I’m also not saying that we should restrict people to certain gender roles; I’m advocating for quite the opposite: treat people as individuals, not as just another member of their group (tribalism).

His efforts to stave off the left-wing thought police were sadly to no avail. Not surprising considering that the Left has become notorious for eating their own for failing to adhere to ideological orthodoxy; the recent de-platforming of well-known liberal Atheist author Richard Dawkins for his criticism of Islam comes to mind.

Despite Google CEO Sundar Pichai’s insistence, in a company memo of his own, that “People must feel free to express dissent” about Google’s policies, such a statement is meaningless when the basis for one’s dissent is clearly subject to an ideological litmus test before it will be considered as legitimate dissent. Google only “strongly support(s) the right of Googler’s to express themsleves” if those expressions are deemed appropriate by the blind and deaf inhabitants of it’s own ideological echo-chamber.

In this video from ReasonTV, John Stossel interviews two guests who share chilling stories about flying with a gun in the state of New York.

It's a brave new world at Google HQ:
– no dissent
– no facts
– no wrongthink

No Deena, What we want is a sane workplace where people can make jokes & debate ideas without everyone freaking out. #GoogleManifesto https://t.co/HtUsYUGsqO

Google in one gif pic.twitter.com/yKgs4PNNYP

“The smallest minority on earth is the individual. Those who deny individual rights cannot claim to be defenders of minorities.”